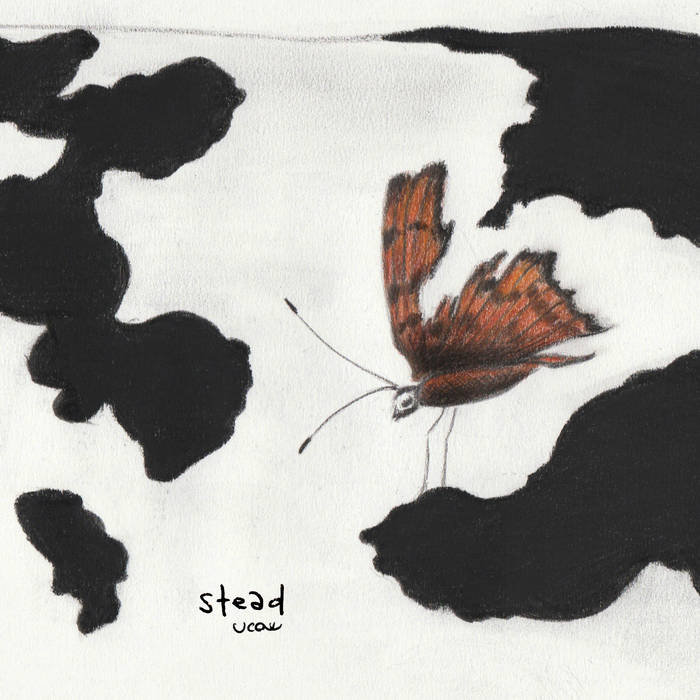 Mastered by Abbey Road Studios engineer Alex Gordon, mixed by Jeff Knowler at Jak Sound, Barnet (London, UK, Oct/2018) and produced by Stefano Antoci D'Agostino and Giuliano Dottori,, "Ucow" is the second full-length release by Stead and it follows the debut "Rough", produced by Cesare Basile and released in 2012.

Stefano Antoci D'Agostino lives in Deptford, London UK, where, as early childhood music educator, has founded and operates "Frogprince Baby Music", a live-music concept for nurseries, community centres and children under the age of 5. Since 2016 "Time Out" lists Frogprince Baby Music amongst the 15 most interesting activities running, for children under 5, in the capital.

A first stage of production was curated by the singer/songwriter himself who recorded, performed and engineered at home (Deptford, London, UK) most vocals, guitars, pianos, drums, percussions, harmonicas, programming and various other instruments. Cello was recorded and engineered in Milan with the help of cellist Francesco Saverio Gliozzi.

A further stage saw Italian-Canadian producer Giuliano Dottori revising and re-engineering songs at his studios in Milan and Cupramontana (Italy); bass guitar, synths and electronic beats were added and a refining work was carried on guitars, keys, drums and percussions.

A rough mixture of Nu-Folk, Lo-Fi Pop, Indie Rock and uncomfortable meanings ... in "a bunch of songs that, born all around the world, show a very international flavour" (Rolling Stone)