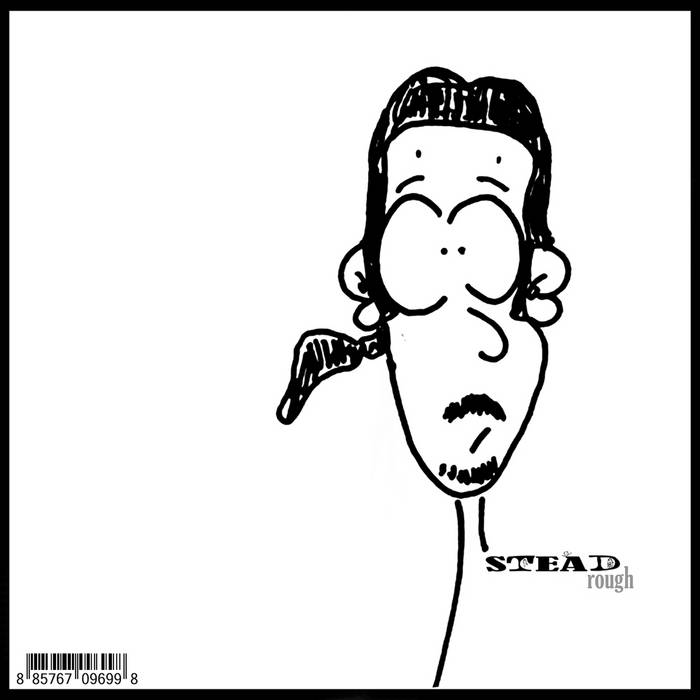 "A delicate and introspective acoustic album that reveals the talent of Stefano Antoci D'Agostino, helped by some indie Italian celebrities who tie a ribbon on a bunch of lo-fi folk songs that, born all around the world, show a very international flavour [...] an album that sounds a bit like a wanderer, but this doesn't mean that it sounds without having a specific direction" (Beppe Ceccato, ROLLING STONE)

"Minimalist folk-rock ... intimate, epidermal, intense and precious [...] Stead complies to the standards of the american folk tradition, he combines it with a vocal approach and melodic structures that recall Morrissey with some shades of brit-pop. It all ends up to be a forceful and pleasantly unusual mixture. (Barbara Santi, RUMORE)

"ROUGH OUT", extended version of "Rough", is available for purchase on BANDCAMP at the following link : stead.bandcamp.com/album/rough-out-2

Out now, on digital release, "ROUGH" and "ROUGH OUT", first full-length release from STEAD, lo-fi, folk, indie music project curated and embodied by the sicilian and London-based singer/songwriter Stefano Antoci D'Agostino. A New York born project which grew up in the small clubs of Milan, established itself as a delicate reality of the german underground music scene before settling in London in 2010. “Rough” synthesyzes a long path through the last 4 years of this project's life, all its shades, Its journeys across europe and all the wonderful musicians who got involved, like the John Parish' collaborator Cesare Basile, Giuliano Dottori, Dave Muldoon, Veivecura, Roberta Cartisano and the cellist Francesco Saverio Gliozzi (Sursum Corda) just to mention a few. An infinite journey that “Rough” retraces through the 8 most significant songs written during this period, together with “Rough Out” (extended version, available exclusively on Bandcamp), that will include 8 more tracks, demos and rarities recorded in due process between Milan, Malmo, Celje, Berlin e London. “Rough” and “Rough Out” release was anticipated in 2011 by the single and music video “Instead”, entirly self-produced, filmed and published by Stefano Antoci D'Agostino. “Repetitive”, second single taken from Rough, will precede and celebrate the digital release of the album. Repetitive Music Video was filmed in Bricklane, London in 2011 and is curated by the Apulian film-maker Lino Palena. In the meantime the Stead is working on the successor of “Rough” and a new EP will be released within the end of 2012.

A rough mixture of Nu-Folk, Lo-Fi Pop, Indie Rock and uncomfortable meanings ... in "a bunch of songs that, born all around the world, show a very international flavour" (Rolling Stone)